As a university president, the story of his tenure at High Point University is known to many.  In less than a decade, he led the institution to phenomenal growth (5,000 students) and significant academic advancement, tripling its size and moving it to the number one spot among Best Colleges in the South.

As an American citizen, President Qubein has been the recipient of some of the highest national awards, including induction into the Horatio Alger Association for Distinguished Americans with General Colin Powell, Oprah Winfrey, and the founder of Starbucks, Howard Schultz.  He is the recipient of DAR’s Americanism Award and the Ellis Island Medal of Honor, along with four U.S. presidents. He is a member of the International Speakers Hall of Fame and, in fact, has served as president of the National Speakers Association.

As a business leader, he is the chairman of Great Harvest Bread Company with 220 stores in 43 states.  He serves on the boards of several national organizations including Truist (a Fortune 500 company with $430 billion in assets), the La-Z-Boy Corporation (one of the largest and most recognized furniture brands worldwide), nThrive, a leading healthcare company, and the Horatio Alger Association Board of Directors.

President Qubein is the author of a dozen books and scores of leadership audio and visual recordings translated into many languages.  The Biography Channel televised his Emmy-nominated life story titled “A Life of Success and Significance.”

In his home city of High Point, North Carolina, he has been named both the Citizen of the Year and the Philanthropist of the Year.  His foundation has invested millions in scholarships for deserving young people and his family has been among the largest benefactors to High Point University and other organizations.

Mrs. Qubein is a proud alumna of High Point University where she was a stellar student earning her degree in Biology.

Mariana Qubein has sought to establish the Nido and Mariana Qubein Children’s Museum but that is only her latest project. She has provided years of service and commitment to the students of HPU and her work is nationally recognized with the gardens (28 to date) and the annual Arbor Day celebrations at HPU which have brought numerous awards to the University. Under her direction, the university has been recognized with the Tree Campus Higher Education award for 12 consecutive years. The gardens at HPU are home to 3,700 different plants, including more than 700 varieties of trees. The arboretum and gardens feature several tree collections. These include 48 varieties of redbuds, 65 different species of dogwoods, 40 varieties of flowering cherries, and 171 different magnolias, which is the second largest magnolia collection in the state. In 2019, Mrs. Qubein released “Planting Seeds of Greatness,” an eight-chapter book that illustrates the beauty of the HPU gardens. All proceeds of the book benefit HPU’s Extraordinary Education fund.

Her touches of grace and elegance extend beyond the gardens to the interiors in buildings across campus, including the Wilson School of Commence, the Qubein School of Communications and the Martha Luck Comer Learning Commons.

Most recently, she has worked tirelessly in designing and contributing to the new 285,000 sq. ft. arena and conference center opening fall of 2021 on the beautiful campus of High Point University.

Mrs. Qubein has been involved in leadership positions at the Family Service of the Piedmont, the Arts Council and Westchester Country Day School. She has been instrumental in supporting the Qubein Scholarship fund that has assisted hundreds of students with attending college and also is a contributor to the Qubein Foundation Fund at the High Point Community Foundation. She has also served in leadership for years with the North Carolina School of the Arts and the High Point Arts Council. 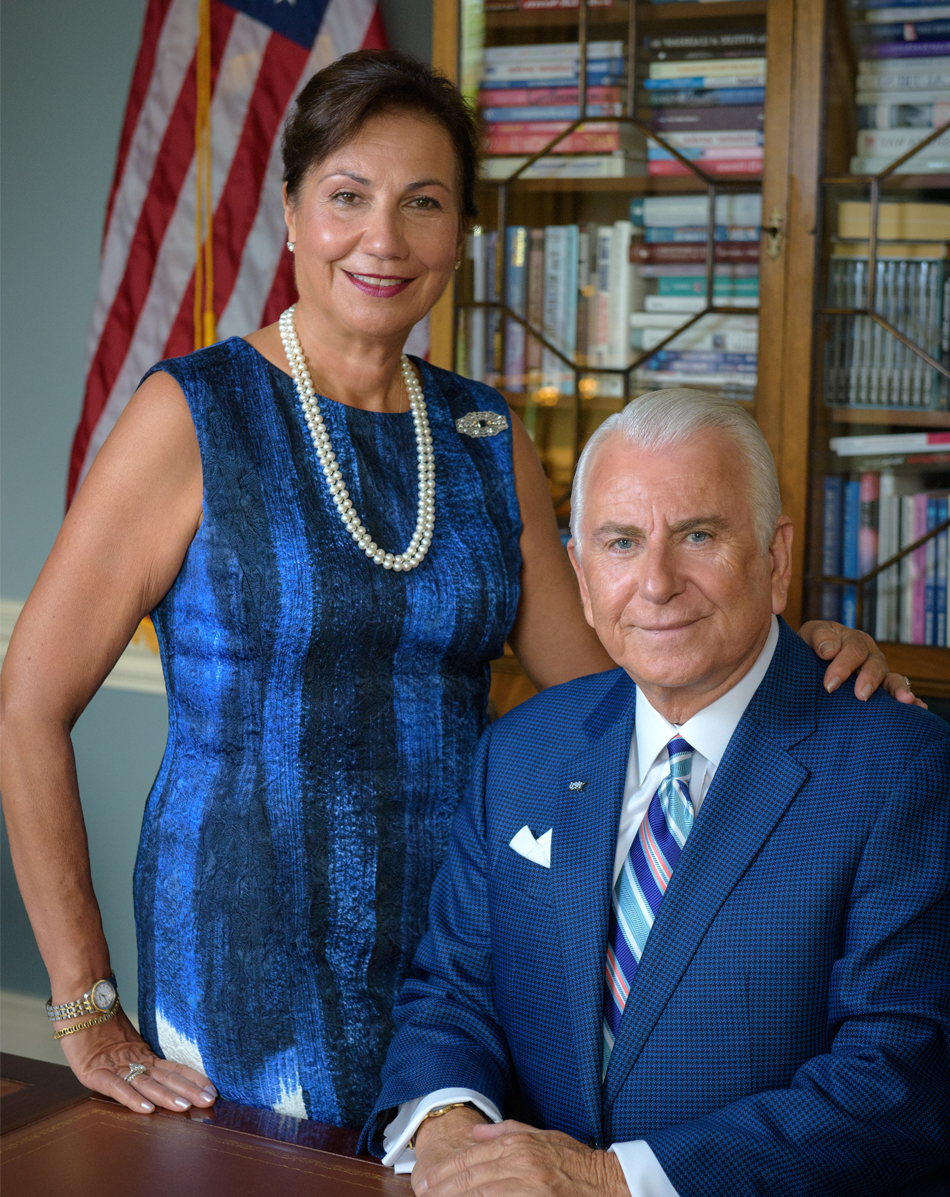